To be honest, I didn’t. But now that I’ve got your attention – I can tell you the story about a bank sub-contractor in India who DID make a $500 million dollar mistake.

You can read all about it in this arsTECHNICA article, but I know you’re busy so let me tell you the gist of things:

This bank was acting as an agent for Revlon.

Revlon was also in the process of refinancing its debt. This involved paying off some of those creditors and rolling the rest into a new loan. This is complicated enough, but it also used financial systems that have confusing screen interfaces. Those two things together meant that the bank accidentally payed back the principal, and not just the interest, on the entire loan.

A subcontractor in India was the person responsible for inputting the transaction details. Thanks to arsTECHNICA we can see the screen he was faced with: 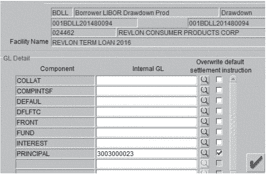 “The subcontractor thought that checking the “principal” box and entering the number of an internal bank wash account would ensure that the principal payment would stay at the bank. He was wrong.

To prevent payment of the principal, the subcontractor in fact needed to set the “front” and “fund” fields to the wash account as well as ‘principal.“ The subcontractor didn’t do that, and neither did the other two supervisors needed to sign-off this transaction – in the words of Julia Roberts in Pretty Woman: “Big mistake. Big. Huge.”

Consequently, the bank actually sent out just under $900 million, instead of the $7.8 million that needed to be sent.

To make a long story short – some of the creditors returned the money they got as a result of this faulty transfer, but some didn’t – The bank sued for the return of these lost funds but the judge ruled against the bank, which ended up paying this loan much earlier than intended.

A lesson in UI modernization

As the product manager of webMethods ApplinX, I often have difficulties convincing customers about the necessity of UI modernization. Sure, everyone wants slickly designed screens, working in the latest technology and utilizing the latest and greatest perks. But when it comes to investing the time, effort and budget required, suddenly it becomes less urgent. Then I start hearing that “customers are not really complaining” and “why change something that’s already working?”

And then I came across this – a $500 million mistake, basically due to a confusing, legacy-like screen. I think that this story just made my work much easier.

Take another look at that screenshot – this is one confusing screen, right?

I’m sure that without putting too much thought into this you can easily think of a few simple improvements that would make the screen much easier to understand.

What if you had a tool that would instantly replace this screen with a modernized version, capable of adding new logic, images, tool tips, field validations and much more? I’m sure this mistake could have been avoided.

Screen modernization and API enablement can help you and your organization to not only deliver new and appealing web applications, but also help you simplify procedures, reduce time working against the system and the number of screens you need to engage for each action, not to mention faster and simpler onboarding process for new employees – these will all help you avoid mistakes. Trust me, you don’t want to be the next guy who makes a $500 million mistake.

We can help. It’s not just about ApplinX. Software AG has a lot of solutions and, more importantly, experience with solving problems – real problems, faced by real people and real companies. This is what we do.